College Composition and Communication is published exclusively for professors of college composition at two- and four-year institutions.

As the publication for the Conference on College Composition and Communication (CCCC), this highly respected journal is a valuable resource for products and services surrounding the study and teaching of reading and writing at the college level. Make your presence known to this actively involved audience looking for up-to-date products and services available in today’s market.

View the current issue and learn more about College Composition and Communication.

*Circulation figures account for NCTE’s individual members and institutions who receive subscriptions. These figures do not include total readership based on pass-along rates.

FORUM: Issues about Part-Time and Contingent Faculty is a peer-reviewed publication concerning working conditions, professional life, activism, and perspectives of non-tenure-track faculty in college composition and communication. It is published twice annually (alternately in CCC and TETYC) and is sponsored by the Conference on College Composition and Communication. Faculty and scholars from all academic positions are welcome to contribute.

Submission deadline: January 17, 2020
Note: Submissions will not be returned.

Nationwide, we have seen a surge of activism in response to the continued corporatization of education–high school teachers walking out in Virginia and California, graduate students unionizing, and adjunct faculty organizing in Florida and North Carolina. This special issue is inspired by this latest surge in action. Composition and English studies has significant scholarship dedicated to documenting and theorizing labor problems and conditions. This special issue concerns what happens next.

Recent anthologies like Composition in the Age of Austerity (2016), Contingency, Exploitation, and Solidarity: Labor & Action in English Composition (2017), and Labored: The State(ment) and Future Work in Composition (2017) do some of this work. The editorial board of Forum invites authors, especially contingent, non-tenure-track, and adjunct faculty in English studies, to contribute to this growing body of scholarship. We are interested in movements, actions, and policies small and large, concerning single departments or entire systems. Where possible, pieces should be framed by or connect to the work of writing and English department faculty.

Writers may approach the theme in a variety of ways, including but not limited to the following:

Due to FORUM’s space limitations, essays should be between 1,500 and 2,700 words. While authors should reference current professional/scholarly discussions, extensive literature reviews are not required. Submissions will go through peer review. For further information please contact Amy Lynch-Biniek at lynchbin@kutztown.edu.

Submit your work electronically to lynchbin@kutztown.edu. Put the words “FORUM article” in your subject line. Submissions should include the following information:

Thank you for your interest!

Editorial Board
In transition; new members to be announced shortly

Trace Daniels-Lerberg, editor of FORUM, welcomes you to submit essays related to the teaching, working conditions, professional life, activism, and perspectives of non-tenure-track faculty. Faculty and scholars from all academic positions are welcome to contribute. Of special interest are research, analyses, and strategies grounded in local contexts, given that labor conditions and the needs of contingent faculty vary greatly with geography, institutional settings, and personal circumstances.

Essays should address theoretical and/or disciplinary debates. They will go through the standard peer review and revision process. For further information please contact Trace Daniels-Lerberg at trace.daniels@utah.edu.

Submit your work electronically to trace.daniels@utah.edu. Put the words “FORUM article” in your subject line. Submissions should include the following information:

Click here to read the full call for program proposals.

A conversation with Heather Lindenman, Martin Camper, and Lindsay Dunne Jacoby, coauthors (with Jessica Enoch) of “Revision and Reflection: A Study of (Dis)Connections between Writing Knowledge and Writing Practice” (14:01). 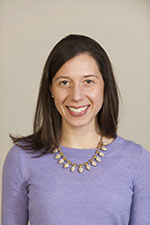 Heather Lindenman is assistant professor of English at Elon University, where she teaches courses in first-year writing and community writing. Her research, which has appeared in Composition Forum and is forthcoming in Reflections, focuses on ways that students connect their academic and non-academic writing experiences and on the consequences of community-engaged writing partnerships. 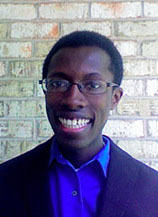 Martin Camper is assistant professor of writing at Loyola University Maryland, where he teaches courses in rhetoric, writing, argumentation, and style. He is the author of Arguing over Texts: The Rhetoric of Interpretation (2018) and is working on a second book tentatively titled How the Bible’s Meaning Changes: Argument and Controversy in the Christian Church.

Lindsay Dunne Jacoby is adjunct professor of writing at the George Washington University, where she teaches academic writing courses about climate change and environmental justice. Her research explores the rhetoric of the national parks movement.

A conversation with Todd Ruecker, Stefan Frazier, and Mariya Tseptsura, coauthors of “‘Language Difference Can Be an Asset’: Exploring the Experiences of Nonnative English-Speaking Teachers of Writing” (15:19). 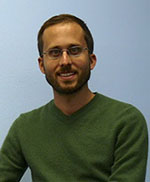 Todd Ruecker is an associate professor at the University of New Mexico. His work focuses on investigating the increasing linguistic and cultural diversity of education worldwide and ways to transform education systems and institutions. He has published four books as well as articles in venues such as TESOL Quarterly and Writing Program Administration. 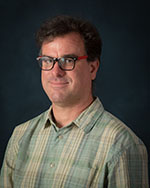 Stefan Frazier is an associate professor in the Department of Linguistics and Language Development at San Jose State University. His research interests include composition pedagogy (first and second language), functional grammar, and the pedagogy of pragmatic competence. He is also active in university governance at the local and state levels. 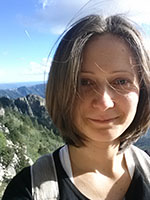 Mariya Tseptsura is a PhD candidate at the University of New Mexico. Her research focuses on second language writing, WPA, and online instruction.

Downloadable PDF of the full report.

Introduction to the 2017 Annual
Clancy Ratliff

The conversation about copyright and intellectual property has grown and changed since the formation of the CCCC Intellectual Property Caucus over two decades ago. When it began, many of the scholars interested in the issues of authorship, copyright, and intellectual property were techies who were also deeply concerned about internet privacy issues such as security, surveillance, and corporate overreach — reflecting the topics that the Electronic Frontier Foundation has always monitored (and continues to). Read on (full report).

Purpose: As a scholar whose writings have had a profound impact on the studies of both rhetoric and queer theory, Gloria Anzaldúa’s work continues to encourage us to forge connections across difference and oppression in order to dismantle systems of privilege, whether that be heterosexism, heteronormativity, racism, sexism, or ableism (as a non-exhaustive list). In Borderlands/La Frontera: The New Mestiza, Anzaldúa shows us that the act of composition cannot be divorced from our identities:

Looking inside myself and my experience, looking at my conflicts, engenders anxiety in me. Being a writer feels very much like being a Chicana, or being queer – a lot of squirming, coming up against all sorts of walls….. That’s what writing is for me, an endless cycle of making it worse, making it better, but always making meaning out of the experience, whatever it may be. (94-95)

In the legacy of her work as a writer, Anzaldúa reminds us that we have a duty to strike out oppression, build alliances, and fundamentally transform cultures. She underscores that we may achieve these goals through the act of writing.

In this spirit, the Conference on College Composition and Communication (CCCC) sponsors the Gloria Anzaldúa Rhetorician Award to support scholars whose work participates in the making of meaning out of sexual and gender minority experiences.

Eligibility: Applicants must be accepted to the CCCC Annual Convention program and should currently be enrolled in graduate school or be first time presenters at the Convention.

Award Criteria: All candidates should show potential as scholars of rhetoric and composition. We encourage sexual and gender minority applicants, who may (or may not) identify as lesbian, gay, bisexual, transgender, queer, two-spirit, questioning, intersex, asexual, ally, or pansexual (LGBTQ2QIAAP), though applicants who do not see themselves reflected in these categories are also encouraged to apply.

The work of a successful candidate should fulfill some of the following criteria:

Award Specifics: Recipients of the Gloria Anzaldúa Graduate Rhetorician Travel Award, up to three, will receive $750 for travel-related expenses to present their work at the CCCC Convention. To honor the recipients, CCCC will also host a reception during the CCCC Annual Convention. The Awards Selection Committee will choose up to three winners based on the following criteria: originality of research; critical engagement with and contribution to current scholarship in queer studies and rhetoric/composition; and potential for lasting projects. Applications must be submitted by October 10, 2022, as a single PDF attachment to cccc@ncte.org. Winners will be notified in December.

To apply, interested graduate scholars or first time presenters accepted to the CCCC Annual Convention program must submit the following documents in a single PDF attachment in the order indicated below: 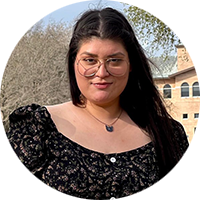 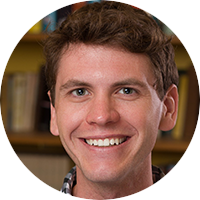 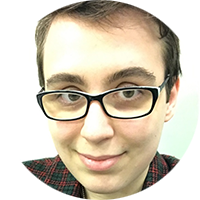