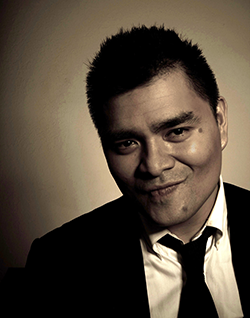 Jose Antonio Vargas  is a Pulitzer Prize–winning journalist and filmmaker whose work centers on the changing American identity. He is the founder of Define American, a nonprofit media and culture organization that seeks to elevate the conversation around immigration and citizenship in America. In 2015, MTV aired White People, a television special he directed on what it means to be young and white in America, as part of its “Look Different” campaign. In February 2016, Vargas launched #EmergingUS, a multimedia news platform he conceived focusing on race, immigration, and the complexities of multiculturalism.

In June 2011, the New York Times Magazine published a groundbreaking essay Vargas wrote in which he revealed and chronicled his life in America as an undocumented immigrant. A year later, he appeared on the cover of TIME magazine worldwide with fellow undocumented immigrants as part of a follow-up cover story he wrote. He then wrote, produced, and directed Documented, a documentary feature film on his undocumented experience. Its world premiere was at the AFI Docs film festival in Washington, DC, in 2013; it was released in theaters and broadcast on CNN in 2014, and it received a 2015 NAACP Image Award nomination for outstanding documentary. Documented is now available on various digital platforms.

A very proud graduate of San Francisco State University ( ‘04), where he was named Alumnus of the Year in 2012, and Mountain View High School (‘00), he loves jazz, hip hop, and anything by Gershwin, and worships at the altars of Altman, Almodóvar, Didion, Baldwin, and Orwell.